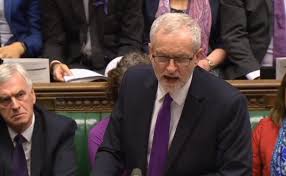 Jeremy slated the budget as complacent for:

Instead the Government have prioritised further tax cuts for the wealthiest, corporations, and those with the largest assets to pass on.

What would Labour do ? Jeremy set out Labour plans to:

The Tory budget completely fails the millions of ‘just managing’ families that Theresa May claims to want to help. Jeremy Corbyn’s alternatives would really improve their lives.