Protests in Malvern and Tenbury for #FixtheNHS campaign 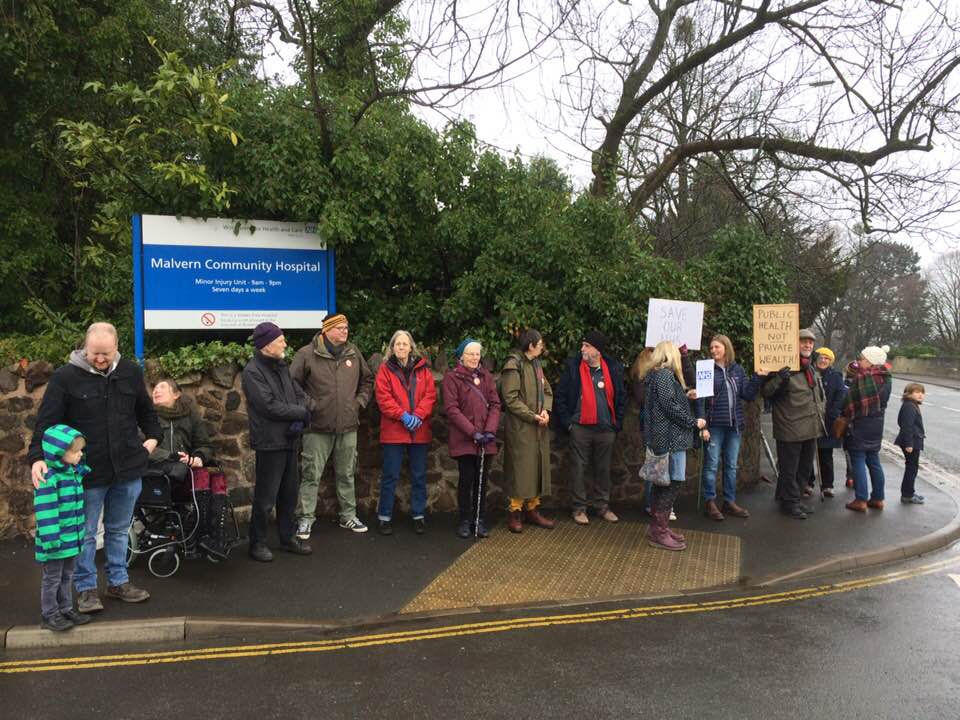 Our members led protests outside Malvern and Tenbury Community Hospitals today as part of the national ‘NHS in crisis: Fix it Now’ campaign. In addition our Pershore members supported the protest in Evesham, while further Worcestershire protests were held in Worcester, Redditch and Kidderminster. These formed part of a national day of action which included a march by tens of thousands of people in central London.

Our protesters received lots of supportive toots and waves from passing motorists -; which represents the ever-growing level of public concern and anger at the rundown of NHS services by the current Conservative government.

We will continue to campaign for an end to NHS cuts, closures and privatisation. 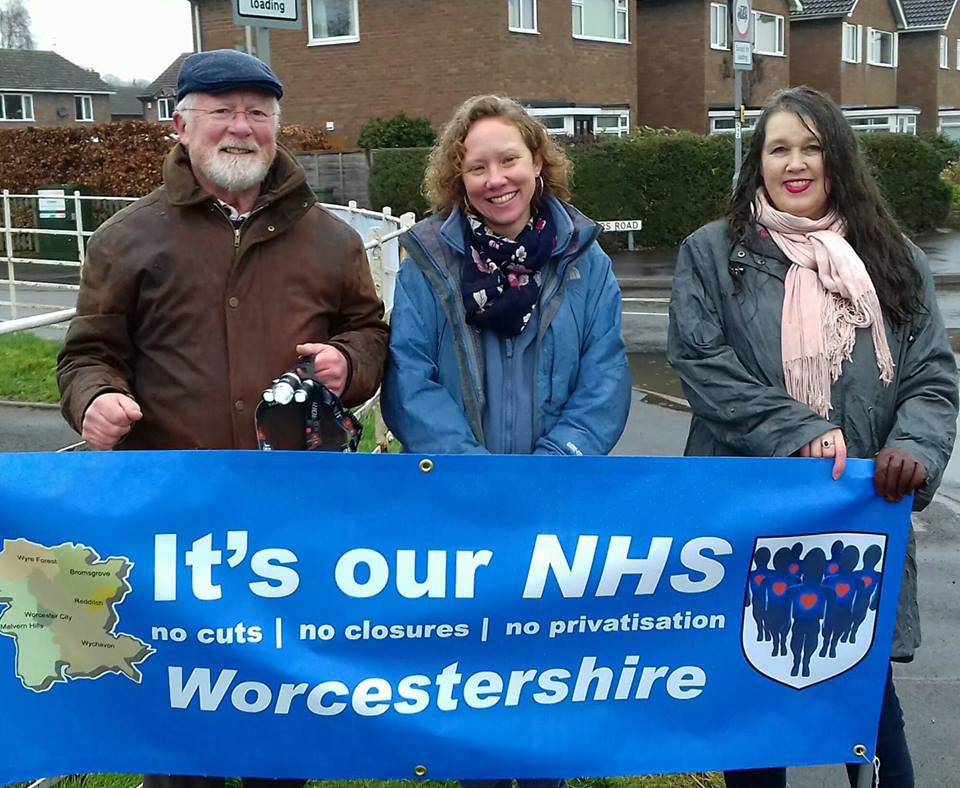